Oh, to Be Young and In Love—and the Parent of that Tween

My son had his first girlfriend in kindergarten. They remained an item until third grade, when she told him she just wanted to be friends. “I’m going to meet a lot of hot guys in college, and I want to keep my options open,” she explained.|
And though they did exchange small birthday and Christmas gifts, the most affection he received from her other than that was a punch in the arm.
This past year, when my son was in fifth grade, another girl in his class made her move. Apparently, she’d had a crush on him since second grade and was very happy to find him available. They soon became boyfriend and girlfriend.
My son says he likes her “because she gets me.” (Funny, I didn’t realize 11-year-old boys were that complicated.)
I think Girlfriend Number No. 2 is intelligent, sweet, and wonderful, but things are a little different this time around. They hold hands. She sneaks a kiss on the cheek when nobody’s looking, and there is hugging.
Not only do I question if my son is ready for this, but I’m not sure I’m ready for this!
My tween is certainly not the only one in a “relationship.” According to a 2008 survey commissioned by Liz Claiborne Inc. and its national initiative to end teen dating abuse, Loveisrespect.org, 47 percent of tweens (adolescents ages 11 to 14) say they’ve been in a boyfriend/girlfriend relationship. Thirty-seven percent of this bunch are 11- and 12-year-olds.
Interesting numbers, but what exactly do they mean?
While Towson psychologist Dr. Robyn Waxman agrees that kids seem to be developing relationships at a younger age, she’s quick to add, “I find that what they call ‘dating’ sometimes doesn’t even involve speaking to each other. I have kids in my practice who haven’t even met each other—they just have friends who’ve fixed them up online, and they have only ever IM’d each other.”
For other kids, “dating” may mean they just smile at each other when they pass in the hallway, or it may mean they simply go places together.

First, Define Dating
Unfortunately, there are lots of scary statistics about tween dating, too.
That same 2008 survey reports that one-third of tweens and their parents say sexual activity, from touching to oral sex and even intercourse, is a part of tween dating relationships. This can lead to all types of problems, including pregnancy and the spread of sexually transmitted diseases as well as low self-esteem and unhealthy relationships later in life.
So, what type of boundaries should parents set to protect their tweens?
“To some extent, you have to look at the maturity of your kid on an individual basis,” recommends Waxman. “I probably wouldn’t let a kid younger than 15 or 16 go out on an individual date, but I might let younger kids go out on a group date if there is adult supervision. At a later point, there could be a group date without adult supervision, such as to the movies with a set time limit.”
As for dating at an early age leading to issues with self-esteem, Waxman says that can depend on how important a dating relationship is to the tween. She warns that boys and girls becoming obsessed with being part of a couple—whether they’re in a long-term relationship or bouncing from one relationship to the next—can lead to problems.
“It is such a critical period in identity development that I would worry that they are too consumed with being part of a couple, as opposed to allowing themselves to develop individually,” says Waxman.
In an effort to help these kids better balance a dating relationship in their lives, she advocates placing limits on matters such as how often they see each other or go out each week.
“It is a learning period for future relationships. If you can help them keep it in moderation, it doesn’t have to be a negative thing,” Waxman reminds parents. “It provides great opportunities to get a glimpse of how your child is doing socially and where he or she might need some growing.”
It’s also a time for parents to open a dialogue with their tweens about “following their gut” and only doing things they are comfortable doing. Waxman urges parents to use this opportunity to reinforce the concept that their tweens should not do things because they feel pressured.
“If it doesn’t feel right, or if you don’t feel comfortable, the ability to say that is a critical life skill,” she notes. In fact, parents should plan to have a lot of conversations about this, says Waxman—it’s not just a one-time talk.
She also suggests that parents follow the same advice. While it’s always good to check what other parents are doing, “You only have to do what feels comfortable for you, your family, and your values,” says Waxman. “This should be part of the conversation you are having with your child—what your values are. Be clear about your rules up front, letting your child know that dating is not an entitlement, no matter what their friends are doing. It is a privilege that they earn by their behavior and trustworthiness.”

Back at Home
With regard to my own son, who is now starting sixth grade, my husband and I already have had several conversations with him about showing respect for his girlfriend and for himself. We have not had to put the brakes on how often they see each other, as that happens mainly at school.
However, on the occasion that she or any other girl comes to our house, we have put some rules into effect that were not needed until now. For example, there is to be no playing in his bedroom—only in the family room or kitchen. They are never to be alone in any room with the door shut. Phone time is limited and only allowed once homework is done. And, when we do take the kids to the movies, there’s no snuggling, which is not too hard to enforce as placing a large tub of popcorn between them usually does the trick. They are still kids, after all. BC

For More Information
The following resources offer age-appropriate guidance to tweens and teens when it comes to developing healthy relationships.
Choose Respect Initiative, www.cdc.gov/chooserespect/about/about.html. Developed by the Centers for Disease Control and Prevention in an effort to end dating violence before it begins, this site offers advice to parents, educators, and older teenagers.
Love Is Respect, Loveisrespect.org. A joint project between the nonprofits National Dating Abuse Helpline and Break the Cycle, this site offers resources for teens and young adults about a variety of topics, including teen dating violence and sexting. It offers real-time, one-on-one support from trained peer advocates.
Teenhealthfx.com. Run by health professionals from Atlantic Health in New Jersey, this site provides teens with an online resource to answer their questions regarding health, relationships, and sexuality.
That’s Not Cool, Thatsnotcool.com. Sponsored and co-created by Futures Without Violence (formerly, the Family Violence Prevention Fund), the Department of Justice’s Office on Violence Against Women, and the Advertising Council, this national public education campaign helps tweens and teenagers recognize digital dating abuse, as well as how to take steps to prevent it. 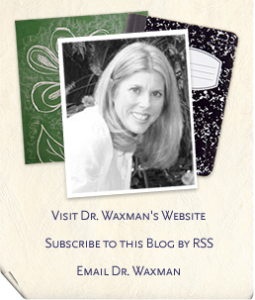